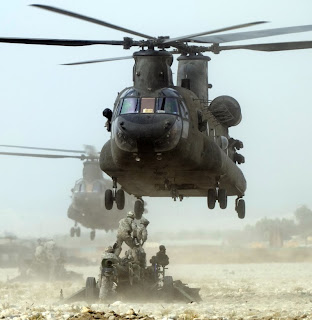 Ever since Obama's new rules of engagement in Afghanistan, we have been losing more soldiers than ever there. Now it looks like Obama might not be sending them any help. It is a shame that our great troops have to serve under this man.

WASHINGTON — The prospect that U.S. Army Gen. Stanley McChrystal may ask for as many as 45,000 additional American troops in Afghanistan is fueling growing tension within President Barack Obama's administration over the U.S. commitment to the war there.

On Monday, McChrystal sent his assessment of the situation in Afghanistan to the Pentagon , the U.S. Central Command, the Joint Chiefs of Staff and NATO . Although the assessment didn't include any request for more troops, senior military officials said they expect McChrystal later in September to seek between 21,000 and 45,000 more troops. There currently are 62,000 American troops in Afghanistan .

However, administration officials said that amid rising violence and casualties, polls that show a majority of Americans now think the war in Afghanistan isn't worth fighting. With tough battles ahead on health care, the budget and other issues, Vice President Joe Biden and other officials are increasingly anxious about how the American public would respond to sending additional troops.

The officials, who spoke on the condition of anonymity because they weren't authorized to talk to the media, said Biden has argued that without sustained support from the American people, the U.S. can't make the long-term commitment that would be needed to stabilize Afghanistan and dismantle al Qaida. Biden's office declined to comment.

"I think they (the Obama administration) thought this would be more popular and easier," a senior Pentagon official said. "We are not getting a Bush-like commitment to this war."

Link to Article
Posted by Christopher Logan at 9:26 AM