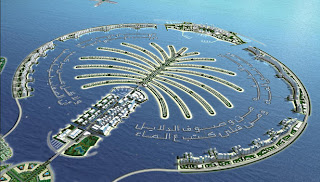 Even though Dubai is supposed to be the crossroads of the world, things continue to change for the worse there.

For the record, anyone who takes part in this behavior is sick. Muslim or non-Muslim.

Kids go to serve sex in Dubai
By: J Dey 2009-09-21
Hundreds of minors flown out to Gulf to dance in bars, provide sex, as Ramzan month of abstinence ends

For three days now, 2,000 girls, almost all minors, have left for the Middle East, particularly Dubai, to feed the needs of a population starved of entertainment and sex post the rigours of Ramzan.

The girls have been told they are being taken to dance in bars, but it is implicit that they will double up as prostitutes for well-paying clients. Another 1,000 will leave by tomorrow.

Sources say there has been an approximate 20 per cent rise in the trafficking of minors over the last year.

And it's remarkably easy. Chennai and New Delhi were used as gateways instead of Mumbai where checks are more stringent.

In an earlier newspaper report, Subhash Chakma, director of the Asian Centre for Human Rights, had said the government was not serious about checking human trafficking in the country.

"We have enough laws to deal with the problem but lack the will to enforce them."

Ashraf Khan, an agent, said he had been scouting for girls for the past five months. "I make around Rs 40,000 per girl if the deal goes through.

In the Gulf, dance bars are shut during Ramzan and the licenses are revoked. All the girls working there are sent home. The exodus to the Gulf therefore begins post Ramzan.

In Mumbai, possibly the best paymaster, the girls make around Rs 10,000 a month, which explains the Gulf rush.

Khan admitted that 70 per cent of the girls on the three-month contract are below 18 years and the papers are forged to show them as 21 years and above.

"I am going for the first time. My friends told me that the scene is good in Dubai and I will three times what I would earn in Mumbai," remarked Chandni.

Confirming the exodus, Ramesh Shetty (name changed), a bar owner from Kashimira said, "Five girls from my bar left for Dubai yesterday. We now have a shortfall of dancers, but they have promised to return after three months."

Once there, the girls are completely at the mercy of the operators as their passports are taken away so that they cannot escape.

Rakesh Pandey of Rakesh Tours admitted there had been a significant rise of passengers travelling economy class to New Delhi and Chennai in the past few days, of which a large number were female.

Link to Article
Posted by Christopher Logan at 10:54 AM

Oh my god, there is really much useful information here!