Hamas Complains, So U.N. School Will Not Teach Gaza Students About Holocaust 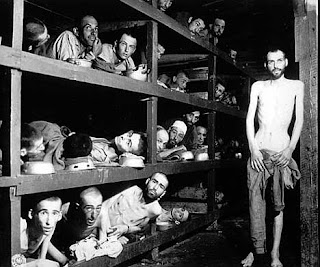 Although the UN is supposed to be about truth and freedom, they have no problem in helping advance the Islamic agenda. In the past they have even banned the criticism of Islam at the UN in regards to human rights. This is just another example of our taxpayer dollars funding the enemy.


(CNSNews.com) – The United Nations’ refugee agency for Palestinians does not intend to include the Holocaust in the curriculum at schools it runs in the Gaza Strip, a U.N. spokesman said following criticism by Hamas about the purported plan.

While Hamas’ objections to including information on the Holocaust in school lesson plans was not particularly surprising, some Jewish organizations have taken issue with the U.N. for apparently backtracking in the face of the criticism from the terrorist group that rules Gaza.

The U.N. Relief and Works Agency (UNRWA), operates more than 600 schools in the Gaza Strip, the West Bank, Syria, Jordan and Lebanon, with around 200,000 children enrolled in Gaza.

Early this week, a Hamas refugee committee wrote to the agency, complaining about what it said were plans to teach children in Gaza about the Holocaust.

“[We] refuse to let our children be taught this lie created by the Jews and intensified by their media,” the letter read, according to the Palestinian news agency, Ma’an.

“First of all, [the Holocaust] is not a fact, and secondly, those who added it to the curriculum intended to mess with our children’s emotions.”

But a spokesman for U.N. Secretary-General Ban Ki-moon, Farhan Haq, told a briefing in New York Tuesday that, according to UNRWA, “the Holocaust is not included in the curriculum in Gaza."

Link to Article
Posted by Christopher Logan at 12:02 PM