Suspect in Illinois Bomb Plot ‘Didn’t Like America Very Much’ 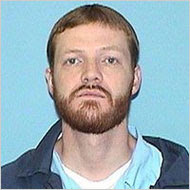 Michael C. Finton, an admitted self-loathing convert to Islam was anti-American. Lets see, is he a self hater from the left or the right? I wonder.

DECATUR, Ill. — The day before he was arrested Thursday on charges of plotting to blow up the federal building in Springfield, Michael C. Finton was working as a fry cook at Seals Fish & Chicken in this old factory town deep in the Illinois cornfields.

Tall and red-haired, Mr. Finton, 29, was known among co-workers as cheerful and polite, but unwavering when it came to religion and politics. He was especially critical of what he regarded as permissive society.

“He didn’t like America very much,” said Mariam Fadel, 18, who works the counter at Seals. “He didn’t think it was strict enough. He thought we needed more rules, so that people would behave.”

She recalled him talking about a troubled childhood that included running away from foster care. He also spoke of hopes to leave the United States someday, she said, and settle in Saudi Arabia.

Mr. Finton went by the nickname Talib Islam (student of Islam). The authorities say he had converted to the Islamic faith while in an Illinois prison from 2001 to 2006, serving a sentence for aggravated robbery and aggravated battery. Acquaintances say he had been living in Decatur, about 40 miles east of Springfield, for perhaps three years.

On a MySpace entry, Mr. Finton listed his hometown as Visalia, Calif., in the Central Valley, and claimed he attended high school in Warren, Mich. In the entry, he wrote of self-loathing before he found Islam. “Everybody liked me, yet I hated myself,” he wrote. “People thought I was smart, and reasonably good-looking, but to me, I was a moron, and a freak.”

Link to Article
Posted by Christopher Logan at 1:38 PM