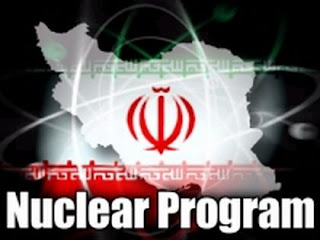 Since there has not been one non-Islamic country with the guts to stand up to the Mullahs of Iran, they continue to lash out in arrogance as they pursue their nuclear ambitions. Hopefully Israel will do what needs to be done ASAP.

VIENNA – Iran accused the U.S. on Friday of using "forged documents" and relying on subterfuge to make its case that Tehran is trying to build a nuclear weapon, according to a confidential letter obtained by The Associated Press.

The eight-page letter — written by Iran's chief envoy to the U.N. nuclear agency in Vienna — denounces Washington's allegations against the Islamic Republic as "fabricated, baseless and false." The letter does not specify what documents Iran is alleging were forged.

It also lashes out at Britain and France for "ill will and political motivation" in their dealings on Iran.

Iranian envoy Ali Asghar Soltanieh sent the letter to Mohamed ElBaradei, the head of the International Atomic Energy Agency, whose 35-nation board will take a hard new look at Iran's nuclear program next week.

Iran insists its nuclear activities are peaceful and geared solely toward generating electricity. The U.S. and key allies contend the Islamic Republic is covertly trying to build an atomic bomb.

Tehran has bristled at the agency's latest report, which accuses Iran of defiantly continuing to enrich uranium and refusing to clear up lingering questions about possible military dimensions to its nuclear program.

In the letter, a copy of which was obtained by the AP, Soltanieh insists that Iran has demonstrated "the full commitment of my country to its obligations" under an IAEA nuclear safeguards agreement.

But it takes sharp aim at Washington for giving the U.N. nuclear watchdog unspecified intelligence and other evidence allegedly recovered from a laptop computer that reportedly was smuggled out of Iran.

U.S. intelligence later assessed the information as indicating that Tehran had been working on details of nuclear weapons, including missile trajectories and ideal altitudes for exploding warheads.

The material on the laptop also included videos of what intelligence officials believe were secret nuclear laboratories in Iran.

"By interfering in the work of the IAEA and exerting various political pressures, the government of the United States attempted to spoil the cooperative spirit between the Islamic Republic of Iran and the IAEA," the letter reads.

"The government of the United States has not handed over original documents to the agency since it does not in fact have any authenticated document and all it has are forged documents," Soltanieh said.

"The agency didn't deliver any original documents to Iran and none of the documents and materials that were shown to Iran have authenticity and all proved to be fabricated, baseless allegations and false attributions to Iran," he added.

"Therefore, this subject must be closed," Soltanieh wrote.