UK Court Convicts 3 of Plot to Blow up Airliners 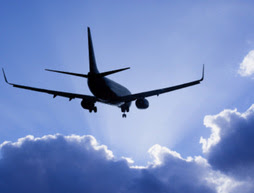 It is great that these three Islamic terrorists were taken off of the streets, but if the accommodations to Islam do not stop soon in the UK they are still going to lose this war.

LONDON – Three British Muslims were convicted Monday of plotting to murder thousands by downing at least seven airliners bound for the U.S. and Canada in what was intended as the largest terrorist attack since Sept. 11.

A jury at a London court found Abdulla Ahmed Ali, 28, Assad Sarwar, 29, and Tanvir Hussain, 28, guilty of conspiracy to murder by detonating explosives on aircraft while they were in-flight.

Four other alleged conspirators — whom the prosecution said were to have smuggled liquid explosives onboard jetliners disguised as soft drinks — were acquitted of conspiring to blow up planes. The jury could not reach a verdict on an eighth man.

British and U.S. security officials said the plan — unlike many recent homegrown European terrorist plots — was directly linked to al-Qaida and guided by senior Islamic militants in Pakistan, who hoped to mount a spectacular strike on the West.

The officials said British plotters were likely just days away from mounting their suicide attacks when police rounded up 25 people in dawn raids in August 2006.

Their arrests led to travel chaos as hundreds of jetliners were grounded across Europe. Discovery of the plot also triggered changes to airport security, including new restrictions on the amount of liquids and gels passengers can take onto flights.

British authorities estimate that, if successful, around 2,000 passengers would have died. If bombs were detonated over U.S. and Canadian cities, hundreds more would have been killed on the ground.

If they were convicted here, they would win an all expense paid vacation to some exotic location with a beach and drinks included.

The Director of public prosecutions has called for a retrial of 3 men accused of involvementin a plot to blow up Transatlantic airliners.
A jury failed to reach a verdict on Ibrahim Savant, walheed zaman and Arafat waheed khan who were charged with a conspiracy to murder.
Last monday 3 Islamic extremists were convicted of conspiring to explode liquid bombs on board planes bound for North America.

The above 3 were denied bail and the request for a retrial put in before they could leave court.
Margaret

Abdulla Ahmed Ali has just been sentanced to a minimum prison term of 40 years before he is eligable for parole, but it is thought unlikely he will ever get that parole in 40 years time.
He is 28 years old.