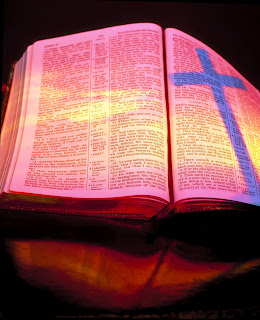 In less than a week we have seen the massive persecution of Christians in Egypt, Somalia, and now Ethiopia. After 1400 years of Muslims persecuting Christians, will the Christian community ever take a serious stand for their own people? Or will we see more Christian "leaders", dhimmi up and and become a mouthpiece for Islam The clock is ticking....

“An estimated 300 Muslims ransacked Mulu Wongel Evangelical Church and set fire to church property. They also attacked the nearby home of Evangelist Gizachew, one of the church’s leaders, destroying his clothes, chairs, tables, sofa, bicycles, and TV.”

“The mob then marched to Kale Hiwot Evangelical Church where Christians were celebrating the Ethiopian New Year. They attacked the Christians with stones and sticks, broke the left arm of Aberash Terefe, and seriously wounded Tefera Bati and Desaleghn Eyasu. The three were taken to the nearby Kuyera hospital and were discharged after treatment. The Muslims pillaged the church’s property and caused 52,000 birr ($4,127) worth of damage.”

“The violence erupted after Muslim leaders called for attacks alleging that Mulatu Eyasu, a second year Bible school student, and Berhanu Abose, a farmer, desecrated the Qur’an. Sheik Hussein Mohammed, Imam Ahmed and a third unidentified Muslim leader instigated the jihad attacks. The officials of Ethiopia are searching for them but they remain at large. The police have arrested Sheik Qufa Wonjelo, Moti Motamo, Domba Atota, Sero Sheik Ahmedin, Bamudi Tulu and Bati Barasso for perpetrating the violence.”

“Mulatu Eyasu and Berhanu Abose are also under police custody on false allegations of desecrating the Qur’an.

“ICC sources identified Bati Wetiye, Lelisso Atota and Begelo as the masterminds of the attacks. The three are prominent Muslim business owners in the nearby town of Shashamane. They encouraged the mob to enforce jihad in order to eliminate Christians from the area.”

“Muslims are the majority in the small town of Senbete. Muslim leaders are incensed by Muslim conversion to Christianity. Some radicals are threatening to carry out further attacks against Christians.”

“According to the census conducted by Ethiopia’s Central Statistical Agency in 2007, Muslims make up 33.9% of Ethiopia’s population and Christians make up 62.8%. In the past few years, there has been an increase in the radicalization of Muslims in Ethiopia mainly due to the influence of Wahhabi Islam. Wahhabi Islam, which is sponsored and spread by Saudi Arabia, teaches intolerance and violence against Christians and other non-Wahhabis. Christians living in Muslim majority regions of the country have been victims of violent attacks by Wahhabi and other radical Islamic groups.”

Link to Article
Posted by Christopher Logan at 7:51 AM