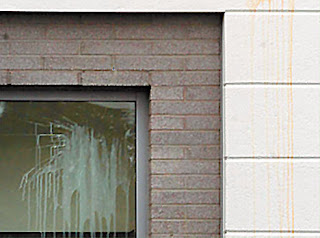 Once again the pro-Sharia Council on American Islamic Relations (CAIR), is trying to use our freedoms to the fullest extent. In an effort to try and get non-Muslims to respect Muslims and Islam. Hopefully the four GOPers that recently called for an investigation into CAIR will put them out of business.

SANTA CLARA, Calif., Oct. 16 /PRNewswire-USNewswire/ -- The San Francisco Bay Area chapter of the Council on American-Islamic Relations (CAIR-SFBA) today called on state and federal law enforcement authorities to investigate a possible bias motive for vandalism of the home of a Muslim woman who is running for elected office.

CAIR said the house of Nadja Adolf, a Newark resident running for a seat on her local city council, was egged on Sunday, October 11. Adolf is a long-time Newark resident and has never had any previous complaints about property vandalism. A picture of her, wearing an Islamic head scarf, or hijab, was published in a local newspaper just days before the incident.

"Because of the circumstances surrounding this incident, we believe it is important that a possible bias motive be investigated," said Zahra Billoo, programs and outreach director for CAIR-SFBA. "Our community's religious, political and community leaders need to be vigilant of and address the growing anti-Muslim rhetoric in our society that can lead to such incidents."


Link to Article
Posted by Christopher Logan at 3:35 PM

Thanks so much for your article, very effective piece of writing.

Thank you for the article, very useful piece of writing.

Have you ever observed the many pictures with the deceased IslamicCheap D3 Gold loathe mongers?? Your brethren should enjoy their particular buttocks, since these the southern part of roadways may manage red-colored with all the bloodstream of your sort; in fact it is almost all due to your rhetoric. Their particular blood can be Buy RS Gold
to deal with....This will be our country, and your liberties here will likely be small, because your existence are going to be.