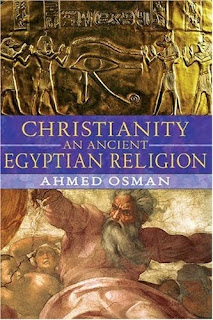 While not intentionally focusing on Egypt today, the articles about the persecution of Christians there sadly keep rolling in.

ISTANBUL, October 6 (CDN) — An Egyptian Christian arrested in Cairo for handing out gospel leaflets and held in prison illegally for four days has been released, the freed Protestant Copt told Compass.

Abdel Kamel, 61, was arrested on Sept. 23 in downtown Cairo for handing out copies of a Christian leaflet. As they arrested him, police told Kamel it was “unlawful” to hand out religious information on public roads. When Kamel countered that Muslims commonly hand out Islamic literature, police told him it was “more unlawful” for Christians. Kamel also didn’t have his identification card with him.

Nabil Ghobreyal, an attorney who worked to gain Kamel’s release, said there is no law in Egypt forbidding the distribution of religious material.

Police handcuffed Kamel, put him into a police car and seized his leaflets. Authorities then took him to a police station for interrogation. While in custody, Kamel said, he remained in handcuffs for hours, was thrown to the ground, spit upon and threatened with violence.

Kamel said he wasn’t tortured, but when asked to describe his treatment, he wept uncontrollably.

The lay preacher said he was proclaiming repentance and forgiveness in Christ because he views it as a service to others.

“I love my people,” he said. “I love Egypt, and I feel my service is directed toward the people I love and the country I love.”

Authorities held Kamel for four days without charge and did not allow him to see family members or a lawyer. He said officers did allow him to receive food, medicine and written messages.

Attorney Ghobreyal said that Kamel was an “honest and innocent man” who was arrested illegally. When Ghobreyal approached an assistant attorney general to ask for Kamel’s release, the prosecutor asked him to wait for three days, which Ghobreyal immediately challenged. Ghobreyal said that in free speech cases involving religion, state attorneys are often “loathe” to keep police from breaking the law, or at best “complacent” about letting them make baseless arrests.

Sometime close to midnight on Kamel’s second day in jail, police continued their investigation by going through his apartment and removing all written materials in his house. Describing his apartment in Al-Nakhl as being “ransacked,” he said it was what most angered him about his arrest.

“[The gospel] is all about a message of love, a message of peace,” he said. “There is nothing illegal about it, and it is annoying that they know that, but in spite of that they came there in this manner. It is very bad.”

Kamel said there is a double standard in Egypt when it comes to freedom of religion. He said Muslims in Egypt are allowed to promote Islam using “books, pamphlets and loudspeakers,” but Christians are often forbidden from sharing their faith.

“Why, when we are doing it, are we not even allowed to put our view across?” he said. “Why aren’t we treated the same?”