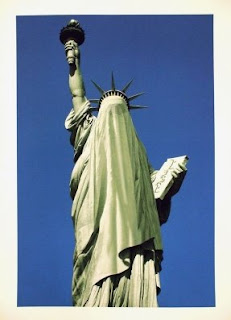 Whether it is a bank implementing Islamic banking or a 6 Flags Amusement Park catering to Muslims by asking their employees not to wear shorts on Muslim Day, it all leads to more demands by Muslims. In regards to Islam, we are slowly heading in the same direction as the UK.

As America's Muslim population grows, so too does the influence of Islamic law, or Shariah, in daily life in the U.S.

"Shariah Law is the totality of the Muslim's obligation," said Abdullahi An-Na'im, a professor of law at Emory University in Atlanta. According to An-Na'im, Shariah is similar to Jewish Talmudic Law or Catholic Canon Law in that it guides an adherent's moral conduct.

While many view this as a testament to the "great American melting pot," others see Islamic law's growing influence as a threat. Shariah's critics point to cases such as the airport in Minneapolis, where some Shariah-adherent taxi drivers made headlines in 2006 for refusing to pick up passengers they suspected of carrying liquor. The drivers' aversion to alcohol stemmed from a verse in the Qur'an that describes "intoxicants and gambling" as "an abomination of Satan's handiwork."

Last year, a Tyson Foods plant in Shelbyville, Tenn. replaced its traditional Labor Day holiday with paid time off on Eid al-Fitr, the Muslim festival — marking the end of fasting during Ramadan. A labor union had requested the change on behalf of hundreds of Muslim employees— many of them were immigrants from Somalia.

But public outcry over the decision to dismiss Labor Day quickly prompted the company and union to negotiate a new contract that makes accommodations for both holidays.

In 2007, the University of Michigan installed ritual foot baths to accommodate Islamic tradition. "These things are beginning to percolate up as Shariah-adherent Muslims insist that their preferences and practices be accommodated by the rest of the population," said Frank Gaffney, founder and president of the Center for Security Policy — a Washington think tank.

Gaffney predicted the U.S. could soon face problems similar to some Western European countries, where the religious values of Muslim immigrants sometimes clash with their highly secular host cultures.

But Professor An-Na'im believes it will be different in America. "The variety of American secularism — which is much more receptive of public displays of religion and a public role for religion — is, in fact, more conducive for Muslims to be citizens and to be comfortable with their religious values and citizenship than European countries," An-Na'im said.

Link to Article
Posted by Christopher Logan at 1:31 PM