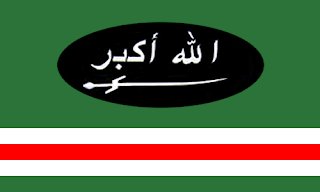 Back in April Russia pulled their troops out of Chechnya, in hope of having peace with the Muslims there. But once again we see that appeasement doesn't work with them.

At least four policemen have been killed in two suicide bomb attacks in the capital of Russia's mainly Muslim republic of Chechnya, officials said.

Ruslan Alkhanov, the Chechen interior minister, said the two suicide attackers detonated their explosives on bicycles near checkpoints in the city of Grozny.

"One suicide bomb was detonated four metres from a police car, killing two officers," he said on Friday.

He said that two other police officers died and one was injured in the second attack.

Blood and body parts could be seen near the charred remains of a bicycle and a police car at the site one of the explosions.

Neave Barker, Al Jazeera's correspondent in Moscow, said: "This is certainly an indication of another significantly sized attack by insurgents against the pro-Kremlin authorities in the Caucasus."

Grozny, the Chechen capital, has seen a series of bombings in recent months, ending years of relative calm in the city during a rebuilding campaign by Ramzan Kadyrov, the regional president.

The attack comes days after a suicide bombing in neighbouring Ingushetia killed at least 20 people.