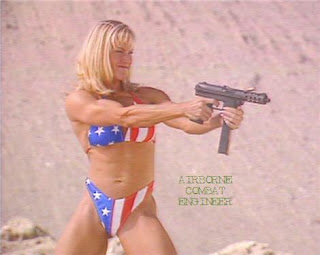 While Dictator Obama and his thug crew want to take away our rights and control every aspect of our lives, some proud Americans exercised their 2nd Amendment rights outside of an Obama speech. Obama you are no great uniter, you are just a liar who is leading this country towards chaos. The people are awakening.

PHOENIX – About a dozen people carrying guns, including one with a military-style rifle, milled among protesters outside the convention center where President Barack Obama was giving a speech Monday — the latest incident in which protesters have openly displayed firearms near the president.

Gun-rights advocates say they're exercising their constitutional right to bear arms and protest, while those who argue for more gun control say it could be a disaster waiting to happen.

Phoenix police said the gun-toters at Monday's event, including the man carrying an AR-15 semi-automatic rifle slung over his shoulder, didn't need permits. No crimes were committed, and no one was arrested.

The man with the rifle declined to be identified but told The Arizona Republic that he was carrying the assault weapon because he could. "In Arizona, I still have some freedoms," he said.

Phoenix police Detective J. Oliver, who monitored the man at the downtown protest, said police also wanted to make sure no one decided to harm him.

"Just by his presence and people seeing the rifle and people knowing the president was in town, it sparked a lot of emotions," Oliver said. "We were keeping peace on both ends."

Last week, during Obama's health care town hall in Portsmouth, N.H., a man carrying a sign reading "It is time to water the tree of liberty" stood outside with a pistol strapped to his leg.

"It's a political statement," he told The Boston Globe. "If you don't use your rights, then you lose your right."."

Police asked the man to move away from school property, but he was not arrested.

Link to Article
Posted by Christopher Logan at 7:47 PM