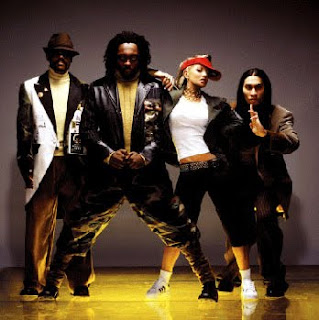 Not only have the Malaysian authorities been cracking down on beer drinkers and Christians. They have now banned all Muslims from attending a Black Eyed Peas concert. Yep, this is more proof that "moderate" Islam is coming to save the day.

KUALA LUMPUR (Reuters) – Muslims in Malaysia have been barred from attending a concert by U.S. hip hop band the Black Eyed Peas sponsored by Guinness which is owned by the world's biggest spirits group Diageo.

The move comes after a Malaysian Islamic court sentenced a 32-year Muslim woman to be caned after she was caught drinking beer in a hotel and at a time when an opposition Islamic party has moved against beer sales.

The concert, part of celebrations of Guinness 250th birthday, asks on its website (www.arthursday.com.my) "Are you a non-Muslim aged 18 years and above?" and if the response is no, access is not allowed>.

Muslims account for 55 percent of the 27 million people in this Southeast Asian country and are barred from consuming alcohol although the rules are regularly flouted, especially in big cities like the capital, Kuala Lumpur.

Malaysia's Guinness Anchor which sells Guinness and other brands here had sales of 1.2 billion Malaysian ringgit (210 million pounds) in 2008.

Even without alcohol, foreign bands are subject to scrutiny. Earlier this week, the Pan Malaysian Islamic Party (PAS) said it wanted Danish band Michael Learns to Rock banned from performing as it would cause immorality.

Since 2007, PAS, the country's second largest political group measured by party membership, has campaigned against performances by the likes of Beyonce, Rihanna, Gwen Stefani and Avril Lavigne.

Link to Article
Posted by Christopher Logan at 11:25 PM

Really effective information, much thanks for the article.

I really love this post. Its really a great information in this blog. Keep it up.