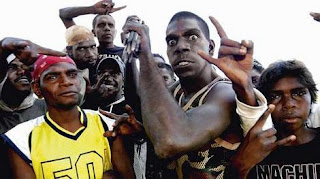 In the past I have posted articles about Somalians in America attacking medical workers and throwing rocks at a homosexual. Expect this violence to rise as they are now forming gangs in Minneapolis. Immigration built this country but endless mass immigration is destroying it.

Minneapolis struggles with rise of Somali gangs
By PATRICK CONDON

MINNEAPOLIS – Ahmednur Ali's family fled the chaos and violence of their East African homeland Somalia in the 1990s, eventually making their way to Minnesota like thousands of their compatriots.

While many of the estimated 32,000 Somalis who settled in the state have struggled to adapt, Ali flourished. By age 20, he had blazed a path to Minneapolis' Augsburg College, where he played soccer, studied political science and aspired to a political career modeled on President Barack Obama's.

He was shot and killed last September outside a busy community center where he worked part-time as a youth counselor, and prosecutors said the 16-year-old accused of killing him was part of a gang.

Ali was one of seven Minneapolis-area Somali men killed over a 10-month period, and authorities believe all were killed by fellow Somalis. Police say it's too simple to tie all the killings to Somali gangs, which have lured hundreds of young community members to their ranks in recent years.

Those in the insular community willing to speak out, however, disagree.

"It was all gang activity, totally, 100 percent," said Shukri Adan, a former Somali community organizer who estimated in a 2007 report for the city that between 400 and 500 young Somalis were active in gangs. "The police don't want to say that but everybody else knows that."

Despite anger and despair over the killings in Minnesota's Somali community — the nation's largest — police and prosecutors have struggled to catch and try the killers. Few witnesses have stepped forward because of a fear of reprisal and deep-rooted distrust of authority. More than half of Minnesota's Somalis are living in poverty, according to state statistics, and many complain that authorities are biased against Somalis because of their Islamic faith.

Link to Article
Posted by Christopher Logan at 11:32 AM

Those people in that picture are not somalis. Plus you need to get your facts straight.

Gosh, there's a lot of helpful information above!