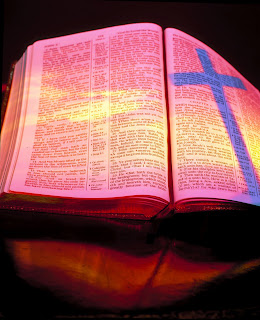 I have continually spoken out about Christians being persecuted across the Islamic world, in countries such as Egypt and Iraq. All the while it seems that most Christians are silent on the issue, willing to ignore the plight of their fellow Christians. Some getting angry at me for even bringing up the subject.
Well now that the left leaning Huffington Post has even spoken up, I think that it is time for Christians to take a look in the mirror and find the strength to stand up for their own people. I don't think that's too much to ask.

Here's a good question. Why do the majority of American Christians remain so oblivious to the increasingly bitter fate of their fellow Christians in the Islamic world? These ancient communities -- many descended from the very earliest followers of Jesus himself -- are under growing siege.

From the Middle East to the Sub-continent and Africa, the Islamic world's Christians are being hounded, discriminated against, forced from their homes and in some cases, simply murdered.

In Egypt, where machete-armed fanatics have attacked worshipers in Coptic churches, it is still a crime to convert from Islam to Christianity. In Pakistan, Catholic and Protestant churches are frequently torched, Christian businessmen murdered and young Christian girls kidnapped, forced to convert to Islam and married off to Muslim men. In Saudi Arabia, where one irate father recently hacked his daughter to death for embracing Christianty, the existence of any churches is strictly forbidden as is the import of a bible or the wearing of a cross. Some foreign workers have been arrested, jailed and deported just for holding Christian prayer services in the privacy of their homes.

Even in Islamic countries not strictly run by Sharia law, pressures mount on local Christians to leave the homes they've known for centuries. Iraq's Christian sects, among the oldest Christian communities anywhere in the world, have been directly targeted by terrorist bombs, and Christians are high on the list of those fleeing Iraq's sectarian strife. Thirty years ago, Lebanon was 60% Christian. Since then, an estimated 3.5 million Christians have emigrated, reducing the country's Christian population percentage to barely 25%. Even in the Holy Land, where Jesus once walked, direct and indirect pressures have also led to an increasing Christian exodus from the Palestinian territories. One striking result: Bethlehem, the birthplace of Jesus and once a predominantly Christian Arab town now has an overwhelming Muslim majority.

Part of the problem surely stems from the continuing Palestinian-Israeli conflict and the difficulties of living with anti-terrorist walls and barriers. But much of it results from a growing campaign by Islamic thugs to force Christians to sell their property and leave.You can find details of this in a fine article recently written for The Hudson Institute by Palestinian Muslim journalist Khaled Abu Toameh.

In fact, ironically, the only place in the Mideast where Christian communities continue to grow is in the Jewish State of Israel. Israel's tolerance is logical. What people of faith know the dangers of religious persecution better than the people of Israel -- especially those whose families originated in the Islamic world? Between 1948 and 1956 more than 850,000 Jews were forced to flee the Arab lands where their families had lived for centuries. Yet since 1949, the year after Israel's birth, the number of Israeli Arab Christians has grown by an astonishing 345%!

It is true that there were periods when the Islamic world was far more tolerant than Europe. The Prophet's followers preached that "peoples of the book" -- Jews and Christians -- could be tolerated. But they were tolerated only as second class, subjugated dhimmis. Jews and Christians were never granted full equality under Islamic rule. And over the centuries, communities of Jews and Christians suffered severe ups and downs.

With Islamic extremism still on the rise, this is one of the downs. Few Americans seem prepared to connect the dots. Some American evangelical groups like the Washington-based International Christian Concern try to raise the alarm. And America's Copts, especially those based in the New York area, actively lobby against the legal and social discrimination that face their Egyptian co-religionists. Yet most mainstream church groups seem to ignore the threat.

It's time to wake up.

Link to Articles
Posted by Christopher Logan at 9:25 AM