China on the Muslim Riots:Executions are Coming 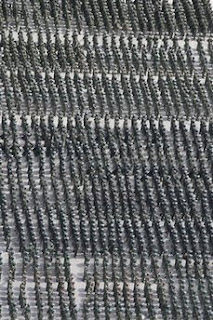 While most Western countries would just sit and watch as Muslim rioters destroyed more and more of the country (video), China has taken a different approach.

URUMQI, China – Hundreds of helmeted troops in riot gear swarmed the central square of the capital of western Xinjiang on Wednesday after ethnic riots left at least 156 dead. The city's Communist Party boss promised those behind the killings would be executed.

Ethnic clashes have paralyzed Urumqi over the past several days — with minority Uighur and Han Chinese mobs roaming the streets and attacking each other. The violence forced President Hu Jintao to embarrassingly cut short a trip to Italy where he was take part in a Group of Eight summit.

The government further responded Wednesday to the violence by pouring columns of troops into the far-flung province, hundreds of which were stationed in People's Square in the middle of the city.

Communist Party chief Li Zhi told a televised news conference that many people had been arrested, including students.

"To those who committed crimes with cruel means, we will execute them," he said, adding government forces would crack down on any security risk. He did not give details.

More than 1,100 people were wounded in the violence, and hundreds of vehicles were damaged or set on fire in the riots on Sunday. It was not known how many Uiqhurs (pronounced WEE-gers) and Han Chinese died or who was behind their deaths.

Li would not say how many of the 156 dead were Han — the majority ethnicity in China — and how many were Uiqhurs — a largely Muslim minority — even though more than 100 of them have been identified and handed over to their families.

He said both groups were responsible for the violence. "The small groups of the violent people have already been caught by police. The situation is now under control."

China's top police officer also vowed there would no leniency for those who took part in the violence in Urumqi (pronounced uh-ROOM-chee).

Public Security Minister Meng Jiangzhu was quoted as saying by the official Xinhua News Agency that "key rioters should be punished with the utmost severity."

Link to Article
Posted by Christopher Logan at 6:29 AM