Atheists Speak out Against Islamists 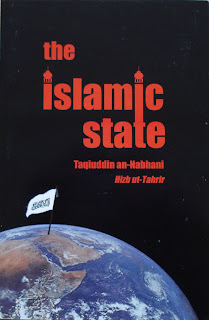 Most of us saw the news about the pro-Sharia Hizb ut-Tahrir organization being allowed to set up shop right in our own backyard. We also see how Atheist organizations constantly take swipes at Christianity. Well for once Atheists have spoken out against Islamists.

An atheist public policy group today urged secularists and religious groups alike -- including moderate Muslims -- to speak out against the violent and authoritarian agenda voiced by extremists meeting Sunday in Chicago.

Hizb ut Tahrir -- a Sunni organization with reported ties to 9/11 terrorists including Khalid Sheikh Mohammed -- held a conference Sunday, "The Fall of Capitalism and the Rise of Islam." The group denied that it preaches violence, but critics say that it advocates theocracy and jihad. A video promoting the conference linked the West to a range of ills including militarism, drug use and even divorce. It showed a Muslim rally with a banner declaring "Freedom of Speech is an Attack on Islam."

"The 'enemy' they cite is free markets, free ideas, and freedom from imposed religion," said Buckner. "We know that is not what most Americans want, including, we hope and think, the vast majority of Muslims who, while religious, accept the values embodied in the Constitution, including free expression."

Buckner added that he opposes calls by some religious and social conservatives who want to ban meetings and other peaceful activities by Hizb ut Tahrir. "If we start banning speech and public meetings, the jihadists have won. The best antidote to hateful and ill-informed speech, as Jefferson reputedly said, is more speech, not censorship."

Dave Silverman, Communications Director for American Atheists, said that if Hizb ut Tahrir "does not cross the line into violence and terrorism, they deserve the same Constitutional protections as anyone else in America."

"The fact that they were able to hold this conference shows how weak their intellectual position is, and how robust a free, secular society can be," said Silverman. "We encourage everyone, including the vast majority of American Muslims, to use that First Amendment freedom and speak out against the theocratic agendas of Hizb ut Tahrir and, yes, the American religious right as well."

AMERICAN ATHEISTS is a nationwide movement that defends civil rights for Atheists; works for the total separation of church and state; and addresses issues of First Amendment public policy.

Link to Article
Posted by Christopher Logan at 10:20 AM