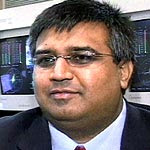 A NY Muslim leader has pulled a Mohammad and beheaded his wife. Mr. Hassan was a community leader and a so called "moderate" Muslim. He was the founder of Bridges TV. A show started to help combat the negative perceptions of Islam and also to build bridges to the non-Muslim world. Does that include beheadings?

Orchard Park police are investigating a particularly gruesome killing, the beheading of a woman, after her husband -- an influential member of the local Muslim community -- reported her death to police Thursday.

"He came to the police station at 6:20 p.m. [Thursday] and told us that she was dead," Orchard Park Police Chief Andrew Benz said late this morning.

Muzzammil Hassan told police that his wife was at his business, Bridges TV, on Thorn Avenue in the village. Officers went to that location and discovered her body.

Muzzammil Hassan is the founder and chief executive officer of Bridges TV, which he launched in 2004, amid hopes that it would help portray Muslims in a more positive light.

Authorities say Aasiya Hassan recently had filed for divorce from her husband.

"She had an order of protection that had him out of the home as of Friday the 6th [of February]," Benz said.

Link to Article
Posted by Christopher Logan at 12:52 PM

Charged with second degree murder? I don't think so. Second degree is where you pick up a gun and kill someone in the heat of an argument, not where you hold them down and say off their head with a knife.

I do not get that part either. I guess that it is all part of the new kinder politically correct America.

And course, it couldn't be premeditated since everyone has a knife large enough to hack off a head sitting around the office. (/rolls eyes)

Charge him with a first degree murder will anger the other Muslims. Beheading is part of Islam, the Allah's way of life. You cannot go against it.

well... at least he DID show the TRUE meaning of the 'Muslim-American image'

I guess this is just another example of the religion of peace. Gotta love people who decapitate others because of their own shortcomings and then blame the victims. Hang him!

"Hassan the Head Hunter" was born when a dog humped a pig. His head should be removed with with a dull butter knife. What he did was Allah-tacrap.

In New York State second degree murder is correct. First degree is reserved for murdering a Police Officer in the line of duty etc.

They couldn't charge him with anything higher.

Hey you Muslim gals – Happy Valentines Day. Please don’t dishonor your husbands, fathers or brothers today. Even in America you could lose your head to regain your Islamic Supremacist husband, father or brother’s HONOR.

Ask Aasiya Hassan – OOPS, you can’t ask her. She lost her head.

Munz,
Thanks for that info.

Yeah, because non-Muslims NEVER kill or abuse their spouses, so this has everything to do with religion. That's why we have three shelters around this area of the state for women and children afraid to go outside the patrolled gates. The difference between here and Pakistan is that we pretend it doesn't happen here, because we use guns instead of beheadings and bonfires.

Anonymous,
Show us where anyone said that non-Muslims never abuse women.

I also said that he would of beat them if he were a Muslim or not. I stated that he believed polygamy was OK because of Islam. America has enough problems and we do not need Islam and its culture adding more.

according to Islamic Sharia law, the family of the beheaded wife should be allowed to decapitate this Muslim man.

Muslims routinely abuse women, because they fear them and they hate them.

After abusing women, they of course try to chase down all the Jews and Christians, while claiming it is their religious right to torture them to death.

Islam is a blood-cult, and it should be banned in civilized countries. Excuse me please, I meant to say that whatever country has Islam, cannot possibly be civilized. Just look at the Muslim founder Mohammed the pedophile, who married a 6 year old girl, and who sexed her like a wild boar, when she was nine.

Thank you for this article, pretty helpful information.

Looking at the comments, and not sure how this can be definitively said to be first degree. Sounds spontaneous to me, but I need to look more into this story.