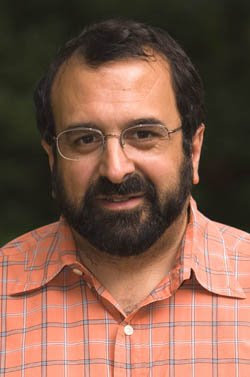 I would like to announce that Wednesday night's radio guest will be Islamic scholar Robert Spencer. The topics will be the following.
(Feb 18) - The United States Constitution vs. Islam with guest Robert Spencer of Jihad Watch,
America's #1 expert on the threat of Islam and author of The Politically Incorrect Guide to Islam. We will be discussing his new book Stealth Jihad,
and more.
Show time starts at 7PM EST and the call in number is 1-914-636-0110.
The show can be listed to on the left hand side of my site.


ROBERT SPENCER is the director of Jihad Watch, a program of the David Horowitz Freedom Center, and the author of eight books on Islam and jihad, including the New York Times bestsellers The Truth About Muhammad and The Politically Incorrect Guide to Islam (and the Crusades). Spencer is a weekly columnist for Human Events and FrontPage Magazine, and has led seminars on Islam and jihad for the United States Central Command, United States Army Command and General Staff College, the FBI, the Joint Terrorism Task Force, and the U.S. intelligence community.

Spencer has also written eleven monographs and well over three hundred articles about jihad and Islamic terrorism. Along with the bestsellers The Truth About Muhammad (Regnery) and The Politically Incorrect Guide to Islam (and the Crusades) (Regnery), he is the author of Islam Unveiled: Disturbing Questions About the World's Fastest Growing Faith (Encounter); Onward Muslim Soldiers: How Jihad Still Threatens America and the West (Regnery); and Religion of Peace? Why Christianity Is and Islam Isn't (Regnery), a refutation of moral equivalence and call for all the beneficiaries and heirs of Judeo-Christian Western civilization, whatever their own religious or philosophical perspective may be, to defend it from the global jihad. He is coauthor, with Daniel Ali, of Inside Islam: A Guide for Catholics (Ascension), and editor of the essay collection The Myth of Islamic Tolerance: How Islamic Law Treats Non-Muslims (Prometheus). His latest book is Stealth Jihad: How Radical Islam is Subverting America without Guns or Bombs. His books have been translated into many languages, including Spanish, Italian, Finnish, and Bahasa Indonesia.

Along with his weekly columns, Spencer has completed a weekly Qur'an commentary at Jihad Watch, Blogging the Qur'an, which has been translated into Czech, Danish, German and Italian, and is a contributing writer to Steven Emerson's Investigative Project on Terrorism. His articles on Islam and other topics have appeared in the New York Post, the Washington Times, the Dallas Morning News, Canada's National Post, Middle East Quarterly, WorldNet Daily, First Things, Insight in the News, National Review Online, and many other journals.

In addition to the seminars on Islam and jihad that Spencer has led for the United States Central Command, United States Army Command and General Staff College, a Department of Homeland Security task force, the FBI, branches of the Joint Terrorism Task Force, and the U.S. intelligence community, he has discussed jihad, Islam, and terrorism at a workshop sponsored by the U.S. State Department and the German Foreign Ministry. He has also appeared on the BBC, CNN, FoxNews, PBS, MSNBC, CNBC, C-Span, France24 and Croatia National Televison (HTV), as well as on numerous radio programs including Bill O'Reilly's Radio Factor, The Laura Ingraham Show, Bill Bennett's Morning in America, Michael Savage's Savage Nation, The Sean Hannity Show, The Alan Colmes Show, The G. Gordon Liddy Show, The Neal Boortz Show, The Michael Medved Show, The Michael Reagan Show, The Rusty Humphries Show, The Larry Elder Show, The Barbara Simpson Show, Vatican Radio, and many others.

Spencer (MA, Religious Studies, University of North Carolina at Chapel Hill) has been studying Islamic theology, law, and history in depth since 1980. As an Adjunct Fellow with the Free Congress Foundation in 2002 and 2003, he wrote a series of monographs on Islam that are still available from the Foundation: An Introduction to the Qur'an; Women and Islam; An Islamic Primer; Islam and the West; The Islamic Disinformation Lobby; Islam vs. Christianity; and Jihad in Context. More recently he has also written monographs for the David Horowitz Freedom Center: What Americans Need to Know About Jihad; The Violent Oppression of Women In Islam (with Phyllis Chesler); Islamic Leaders' Plan for Genocide; and Muslim Persecution of Christians.
Posted by Christopher Logan at 6:15 PM

Please ask Dr Spencer if the present hysteria we are seeing in the islamic world is a result of the fear they have of encroaching western thought in their formerly inviolate enclaves of islam.

I promise that I will do my best to get it in as an email question. The interview will be for 45 minutes.

Thanks buddy. The time went so fast, we did not even get through half of our questions. He said that he will come back on in the future.