Ohio:Female Stabbed by Muslim who Fled to Mosque 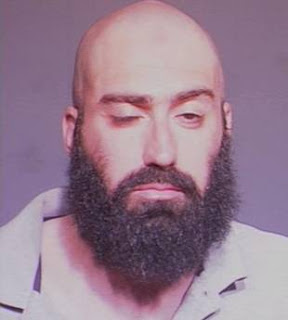 The recent trend of attacks by Muslims on non-Muslims here in America continues. This time a 20 year-old female college student was stabbed by a Muslim who then fled to a nearby Mosque.

A female Ohio State student was trying to catch a bus to class Tuesday afternoon when she became the victim of a random stabbing.

Police say the 20-year-old student was walking down Stinchcomb Drive near Buckeye Village at 12:55 p.m. when she was stabbed by 34-year-old Wael W. Kalash. Witnesses said Kalash had been walking up and down the street exhibiting "bizarre" behavior before the stabbing occurred.

"There's no connection between the victim and him other than she was at the wrong place at the wrong time, it was a completely random act," said Det. Jay Fulton of the Columbus Division of Police homicide unit.

Witnesses said that Kalash, a resident of Stinchcomb Drive, walked up to the student and stabbed her once in the abdomen with a knife. The student described the weapon as a kitchen-type knife bigger than a steak knife but smaller than a bread knife.

While an ambulance took the student to Riverside Hospital to undergo surgery, officers saturated the area looking for the assailant. They soon found Kalash inside a nearby mosque at 535 Riverview Dr., where witnesses positively identified him as the assaulter. Kalash was arrested for felonious assault and is being held at Franklin County Jail on $750,000 bond.

Neighbors of Kalash said he has a history of "strange behavior," and Fulton said he may be mentally ill.

"He didn't make a lot of sense when we tried to talk to him," Fulton said. "He exhibited a lot of signs of some mental instability or some mental issues."

Fulton said Kalash also has a history of violent offenses.

Police executed a search warrant in Kalash's home and recovered two knives and the clothes they believe he was wearing during the stabbing. Lab tests have yet to confirm the weapon used in the stabbing.

The student, whose name is not being released by police, successfully underwent surgery and is being held under observation at Riverside Hospital.

Link to Article
Posted by Christopher Logan at 3:58 PM