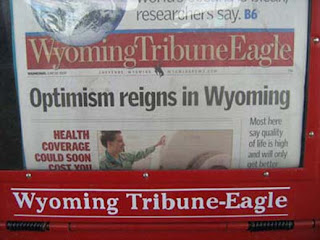 In the wake of the Islamic terrorist attack on Fort Hood, we continue to see numerous media outlets spreading misinformation about Islam. Today it is the Wyoming Tribune Eagle. Lets make the appropriate corrections.

CHEYENNE - One local Muslim, Mohamed Salih, is clear in his feelings toward the Muslim man who allegedly went on a shooting rampage at Fort Hood last week. He deserves to be at the "bottom of the biggest hell," Salih said.

There is a misconception among many non-Muslims that Islam, the religion that Muslims follow, encourages hate and violence. Really, it teaches the opposite, he said.

"(Violence) has no place in this religion," he said. "There is no god out there that would accept killing innocent people."

If you want to get technical Mohamed, under Islamic Law those murdered at Fort Hood were not "innocent people".

THE RULES OF WARFARE

If I recall correctly the US Military is fighting against Muslims, in Afghanistan, Iraq, and sometimes Pakistan and Somalia. So there goes your "innocent" con..

And while non-Muslims can misunderstand Islam, so too can Muslims themselves.

Any person who commits an act of violence in name of Islam gravely misunderstands the religion, Salih said. Terrorists have misunderstood the Islamic duty of jihad, which means struggle.

The "greater jihad" is within one's self, Salih said, against egos and evil within. The "lesser jihad" means actions to defend one's self and family.

Or this Muslim can be lying.

o9.0 JIHAD
(O: Jihad means to war against non-Muslims, and it etymologically derived from the word mujahada, signifying warfare to establish the religion. And it is the lesser jihad.

Now an Islamic woman comes into the article.

Even nations can blur the line between religion and politics, Arshi Nisley, another local Muslim, added.

In some Islamic countries, women are not allowed to own property, divorce or have the same rights as men. But the religion allows women equal treatment and rights.

It appears that this woman does not truly know much about Islam.

m10.3 (A: A husband may permit his wife to leave the house for a lesson in Sacred Law, for the invocation of Allah (dhikr), to see her female friends, or to go to any place in the town. A woman may not leave the city without her husband or a member of her unmarriageabe kin (def: m6.2) accompanying her, unless the journey is obligatory, like the hajj. It is unlawful for her to travel otherwise, and unlawful for her husband to allow her to.)

m10.4 The husband may forbid his wife to leave the home (O: because of the hadith related by Bayhaqi that the Prophet (Allah bless him and give him peace) said,

These rulings are just part of the discrimination against women under Islam.

Both Salih and Nisley said they haven't encountered hostility from the local community. In fact, they've felt welcomed. Salih has worked hard to try to educate people about Islam. Violent acts by Muslims set his efforts back, he said.

The religion is already misunderstood by many, and every time a Muslim kills in the name of Islam, it undoes the work that many have done to dispel myths and misinformation. The Fort Hood shooter hurt Muslims twice, Salih said: their country and their religion.

Actually the entire article published in the Wyoming Tribune Eagle was full of misinformation. Maybe the author should do some actual research next time, and there is no need to thank me for the corrections. It was my pleasure.
Posted by Christopher Logan at 11:22 AM

Why are you so obsessed with us? I have news for you: no one's going to pay attention to the ramblings of an obsessed man. You think your arguments are rational but obsession isn't rational. I bet you secretly love us deep down inside lol. Salam

I have news for you, more and more people are paying attention. Of course you could't dispute the article, so you have to attack me.


Here is a clue, no matter what you say, I will continue to speak out.

Why are youCheap wow gold therefore obsessed with us all? I've got information for you: anybody's gonna observe the ramblings of your obsessed person. You think your current arguments tend to be rational however preoccupation isn't really sensible.Buy rs gold My partner and i gamble anyone confidentially adore us all deep down inside lol. Salam


Let's face it, the double cyclone is a single-person gameplay.Cheap Diablo 3 gold When you play with and base faithful when you can provide in addition to the roar resistance is to run non-stop to maintain their Saiyan.
I decided to share the I barbarians program, this configuration you can pace, you can feel that you are a team and team. Diablo 3 Gold And, on my recent research program as I pursue some of the challenges and operations.

Hey , what you say is really informative and funny, i like it and hope for more update.buy runescape gold

I think you just did a right thing to make this choice, rs gold you know that's really funny and i am sure you will not regret.One half of the world does not know how the other half lives

All's for the best in the best of all possible worlds！ I have not see post good enough like yours here.Just admire your intelligence and informative explanation. I am a wow gamer but can't write such detailed info about that.
More tags: wow gold for cheap /
world of warcraft gold /
wow gold /
cheap wow gold

AllMandarin is the only company that can give you an excellent alternative to learn Mandarin Chinese that is not only better, but also more efficient in terms of cost, flexibility and learning methods.I am a Chinese teacher,you can learn more about Free Chinese language info: Learn mandarin online | Learn mandarin Chinese | Mandarin Teacher

Hanbridge was the best because they had excellent teachers and a very friendly and welcoming spirit. I really appreciate the opportunity to learn here and would recommend Hanbridge to others.