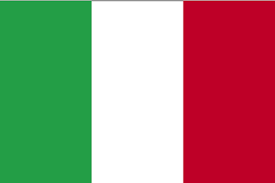 Just days after Italy arrested two Moroccan men who were plotting to blow up the Milan Cathedral on Christmas Day, the Italian Interior Minister Roberto Maroni has proposed putting a moratorium on Mosque construction. Of course those on the left and Muslim leaders have come out against the proposal. Msgr. Gianfranco Ravasi of the Vatican has said that he is OK with Mosque construction as long as the Mosques are used for religious purposes. My question to him is, does that include a religion that preaches hatred to Christians and Jews?


For more on the Italian crackdown on Islam.
Posted by Christopher Logan at 4:23 PM

I want give they happy time, twelve sky Gold, I work here with 12sky gold. Though, I can not make much money, twelvesky Gold, But I want to Exercise myself, 12Sky Silver Coins, I get up early 12 sky gold.