Somali:Sharia is the Official law of the Land 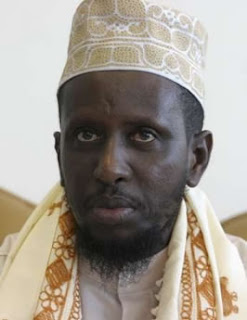 Back in mid-April the Parliament of Somalia unanimously voted in Sharia or Islamic law . All that was needed to make it official was the signing of the bill by their President Sharif Sheikh Ahmed. He has done that, and guess what? Just like in the sharia ruled Swat Pakistan the violence has not stopped.

President Ahmed said Somalia is a Muslim country and the people support Islamic law. He instructed his cabinet ministers to implement the legislation and defended the bill from the criticism of the insurgents threatening the government. Mr. Sharif said this is the first time Islamic law has been introduced in Somalia, so what reason do they have for opposing it, other than to destroy the country?

It remains unclear how the law will be applied or how it will relate to the existing secular constitution that governs Somalia's provisional government. President Sharif said he would name legal experts to work through any conflicts.

Supporters of the president hope that the formal introduction of Islamic law will help to undermine the Islamist insurgency. Since last Thursday, fighters from the al-Shabab and Hizbul-Islam militias have led an offensive against government forces, pro-government militias and African Union peacekeepers.

But a top al-Shabab leader, Sheikh Muktar Abdirahman "Godane", issued a taped message Wednesday urging fighters to continue their attacks against the government. Godane said the government should not be considered Islamic because it was created to fight Islamists.

President Sharif served alongside several of the current insurgent leaders in a short-lived Islamist government that was ousted by Ethiopia in late 2006. President Sharif's faction of the opposition signed a deal with the government last year and joined it in January.

Link to Article
Posted by Christopher Logan at 5:54 PM