The Sharia Push in Sweden 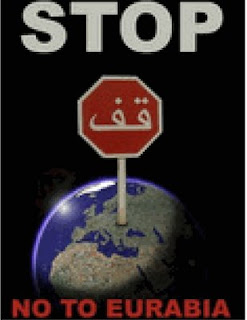 This article was sent in by Varjager, a friend in Sweden whose site documents the Islamic threat there.

Even the women of Muslim Council of Sweden demands Sharia Laws for Muslim-styled marriages because they can't marry in the Swedish Church! We are a secular country with secular laws and you can even get married at a police-station today, if the police-man is legally permitted to wed.

The goal they have in SMR, Muslim Council of Sweden, is more about protecting Muslims from the Swedish society, rather than promote integration. They just to have to live as Muslims.

Muslim women would themselves deal with marriage issues.


Back to the big topic I want to share with the readers of Christopher Logans brilliant blog, ”Islam In Action”:

Sweden has quite a lot of Muslims in our political parties, all the way up to our highest organ in Sweden, (vår svenska riksdag), the Swedish Parliament, where they are Mps, (riksdagsledamöter).

It's hard to tell if every one of them does, but they do sometimes seem to have a strange way of looking at Swedish political phenomenons. And of course, the Muslims in Sweden as a group are given the privilage to give their opinion when it comes to Islam and Muslim issues, before anyone else.

Too many of them are living in seperate communities and have no intensions nor requirements at all to integrate. We have had several voting- rounds about immigrants in our parliament and the resolutions came out, in short: 'they can choose how and if they want to integrate and what they need from the Swedish society. They are a minority'.

All this weakness from Sweden encourages the muslims, and one big islamic organisation in Sweden wrote an open letter to all swedish parties before the election to parliament year 2006.

The contents of the letter where requirements for Sharia Laws and for a number of other advantages for Muslims. The sender was the chairman of the Muslim Association of Sweden.

The Swedish media barely react, but people, Islam-critics and so called ”critics of the system”,( in swedish; systemkritiker), have talked about this letter since.

Swedish people go to the polls in 2010. And on a Nomination List in a district for maybe become a name of the future electoral list for parliament, stood Mahmoud Aldebe, chairman of the Muslim Association of Sweden. He was a district-canditate for one of our seven big ruling-parties in Sweden, called Centerpartiet, a party in the middle,

Suddenly someone reacted and wrote an article published a swedish tabloid, called Expressen. The author of article was very suspicious about the requirements the chairman of the Muslim Association of Sweden, Mahmoud Aldebe, had written down in the ”open letter”.

This happened a months ago and this Sunday Mahmoud Aldebe wrote to our biggest newsagency called TT, Tidningarnas Telegrambyrå:

”Mahmoud Aldebe, chairman of the Muslim Association of Sweden, drops his candidacy for the Center Party in parliament, he writes in an email to TT. He argued, inter alia, that there are people with Islamophobia within the Party and also in other established Parties, and that he will never feel welcome.

When it became known that Aldebe wanted to stand aroused strong feelings. In an article for just a months ago said Elisabeth Thanda Ringqvist, an expert to Industryminister Maud Olofsson,(Centerpartiet) among other things, that "the Islamists do not belong in C". She reacted to that Aldebe three years ago advocated Sharia Laws.

Aldebe, in turn, reacted against what he considered serious personal attacks and Islamophobic noises, and noted that he previously advocated Sharia Law, but withdrew the requirement.”

Aldebe drop out of the Parliamentary candidacy, Dagens Nyheter

It's Wednesday (11/11) today and I haven't noticed any reactions in any Swedish newspaper more than articles like the one from DN, telling about his decision.

But I am relieved and I think many, many people are too. But the struggle against Sharia Laws and Islamization of Sweden continues, and we vill never give in!


Here are the requirements from 2006, from Muslim Association of Sweden, as a pdf.

You can use Google to translate and get a wink of the requirements , but I can reproduce some of them. The following below is a direct translation using Google Translate:

”To support the establishment of Islamic schools in densely populated areas with many Muslims where Islamic students have the opportunity of teaching in homogeneous groups can enhance students' cultural and religious identity and in this way, many of the problems Muslim students daily encounter easily eliminated such home language, religious education, Muslim food issue, gymnastics question and it may be a concrete way to help boys and girls from Muslim countries to participate in separate swimming and thereby causing the leaving certificate from school.

Many Muslim girls finish their secondary education without being able to swim at all. ”

”Communal Swimming-halls and gym communal should be open to separate evenings for men and boys and one evening for women and girls because:

”In this case, it is among other things that young girls from Muslim countries should get opportunity to participate in swimming, thereby causing a passing grade in physical education. ”

”Including ethical and religious reasons do that Muslim girls should not go swimming with young boys and men.”

”Muslim festivals
That parliament enacts a law that gives Swedish Muslims to be vacant during the Islamic feasts, Eid al Fitr and Eid al Adha is required from all Muslims. For the present it is impossible to take time off works to celebrate the feast with the family. ”


As I told before; he wrote an so called ”open letter” to all our political parties and introduce this requirements with following words:

If we are to succeed with the involvement Swedish Muslims to participate in elections in September 2006, we should take to heart the following requirements and aspirations of the Muslim minority in Sweden.

I have no way of clear signals from all parties to go to meet this kind of desires. We want to see the most important requirements as part of the political programs. Otherwise there is a risk that the majority of Muslims become non-voters on election day.

Muslims are tired of promises and frustrated desire to have concrete proposals to show that we care. It does not hurt to our political elected or new candidates to engage in an hour and read our open letter sent to all the established parties.

Earning money online never been this easy and transparent. You would find great tips on how to make that dream amount every month. So go ahead and click here for more details and open floodgates to your online income. All the best.

This site is excellent and so is how the subject matter was explained. I also like some of the comments too.Waiting for next post.

Thanks for your marvelous posting! I actually enjoyed reading it, you will be a great author.I will ensure that I bookmark your blog and will come back in the foreseeable future. I want to encourage that you continue your great job, have a nice weekend!think you’ve made some truly interesting points

The positive comments and do well wishes are very motivational and greatly appreciated.

Really i appreciate the effort you made to share the knowledge.The topic here i found was really effective to the topic which i was researching for a long time

I agree with you. This post is truly inspiring. I like your post and everything you share with us is current and very informative, I want to bookmark the page so I can return here from you that you have done a fantastic job ...

I am speechless after seeing these pictures! I love them all! I teach kindergarten and I'm going to make a theme, and photographs have given me so many ideas! You are so talented! Thanks!

In my view one and all may read this.

I like the valuable information you provide in your articles. I’ll bookmark your weblog and check again here frequently. I am quite sure I will learn many new stuff right here! Best of luck for the next!

Congratulations for posting Such A Useful blog. Your Blog Is not only informative purpose aussi Extremely artistic too. There are Usually Extremely couple of Individuals Who Can not Write Articles That Creatively so easy. Keep Up the good writing!

This is one of the most incredible blogs I have read in a very long time. Your blog is great for anyone who wants to understand this subject more. Great stuff; please keep it up!

Preservation and promotion of health is achieved through a combination of physical, mental and social well-being, sometimes called "the triangle of health." Health is a positive concept focuses on the social and personal resources, as well as physical capacities.

I have no words to appreciate this post ..... I'm really impressed with this post
.... the person who created this post was a big thank you man .. for sharing with us.

Whoa! Amazing! Bad with words 'cause everything is so good!

One of the more exciting blogs I’ve seen. Thanks so much for keeping the internet classy for a change.

Thanks for sharing your great ideas with us through this site.all about essay writing